I continuously get inspiration from my students, be it for ideas on what to focus on in my classes or what to write about to share with fellow runners. This week I was  inspired by a rather simple comment made after my class.

Andrew comes to classes when he can. He works in the film industry and often travels so he doesn’t practice as much as he would like to. This week he just returned from a 3 week vacation (well deserved I know!) so he was a bit rusty in his practice. The class was on the challenging side but he is strong, worked hard and did great! 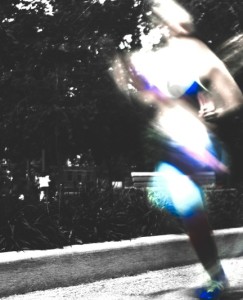 I thought this was a particularly insightful comment on the effect of yoga.  I clearly remember this same feeling when I was new to yoga and going to classes after a busy day at work (this was in my corporate professional days).  I would rush to yoga, usually cursing at traffic in my way, pushing the clock and fearful of being late, feeling stressed by it all ……. but pushing on knowing how great I would feel after the class. The feeling was so very different than the one I felt after running.  Occasionally I would feel euphoric while running and at times energized after my run. But I recall also feeling quite depleted and exhausted after, or during, some runs……..one day closer to death!!  After yoga I felt energized with an inner sense of calm, not sometimes but all the time……one day closer to living.

At first I found this mesmerizing and it played a huge role in my motivation to pursue yoga further. Initially by practicing more and eventually to becoming an instructor. My training included in depth anatomy study and through this came to understand and better appreciate the physiological effects of yoga.  It turns out the feeling of calm was due to simply to helping the parasympathetic nervous system kick in.

In very short form, our central nervous system is comprised of the sympathetic (SNS) – fight or flight reaction where adrenaline kicks in and puts us in high alert. Clearly running stimulates this part. However, just as important is the parasympathetic nervous system (PNS), relaxing the body, slowing down our energy and allowing the body to rest and digest.  Even though yoga practice can be physically demanding, through conscious breathing and appropriate rest after class (sivasana – everyone’s favourite pose), we stimulate the PSN. In the same way that yoga balances the strength and flexibility of our muscles, it also balances the autonomic nervous system – how great is that!

I will explore this topic further in future blogs but for now I want to share one great pose to kick-start this process.  Legs up the wall – simple to do and loaded with benefits for your body, mind and central nervous system. To get into the pose, sit on the floor with one hip to the wall and then pivot on your backside, sliding the legs up the wall and aligning your upper body accordingly.  If your head tilts back, place a small pillow beneath your head. Surrender all of your body weight to the wall and the floor.

Stay in this pose for at least 5 minutes (more is even better)and BREATHE – long slow inhalations and long slow exhalations. This pose is perfect after a run or at the end of the day. It is not uncommon for hot weather to make our legs feel tired, sluggish or swollen and this pose is a balm for tired legs.

Try legs up the wall and leave a comment on how it made you feel.  And thanks to Andrew for his inspiration.